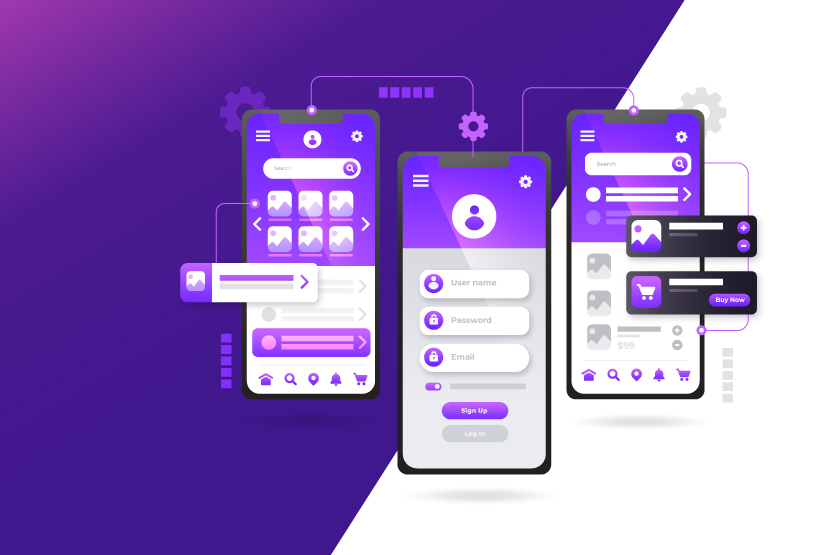 According to Research and Markets, the global digital transformation market is projected to grow to $1,009.8 billion by 2025. Which makes it a need now more than ever as it’s mostly seen that when the surge of digital applications increases, the demand for developers also increases. Enterprises cannot hire developers for each project. The business owners invest a lot effort in resource management and assign the existing resource for multiple projects. Due to deploying apps at a faster pace, enterprises may face bugging issues which results in the increase of potential errors and risks. All in all, enterprises struggle to overcome challenges while at the same time bringing in new projects and aligning themselves with trend-setting applications.

To address the demand for hyper-automation and modernization, enterprises need solutions that reduce market time without adding much effort. It may sound peculiar, but some solutions are efficient in building apps quickly. Those are low-code and no-code app development platforms.

Along with the demand for unique applications, the awareness of low-code and no-code platforms is increasing rapidly. According to Mordor Intelligence it is expected that the low-code development platform market will be valued up to $36.43 billion by 2027. The low cost and resource efficiency is seemingly making low-code an ideal choice of app development platform. It’s a viable alternative to the traditional development process that requires the  developers to code complex coding.

Let’s dive deeper into the demographics of low-code and no-code platforms to understand their impact and use in today’s development process.

Low-code enterprise application development platform is an approach that enables businesses to develop apps rapidly through minimal coding. How is that possible? The platform has in-built auto-generated visual blocks, allowing the developers to drag and drop them in the interface. The interface is built in a way which doesn’t limit the users to build apps in one way. It still amplifies the user’s experience by having the middle ground where they can still code when needed and generate automated codes with time constraints.

The low-code development platform is best suited for enterprises that deploy projects at a larger scale. The decision-makers can enhance the development process, as the development team has the basic, if not the pro-level coding technique.

With the help of digital transformation barrelling through the curve, the no-code platform entirely depends on visual effects and tools. It is ideal for standalone applications. Due to the thousands of built-in libraries, every visual block is auto-generated with code, allowing the end-user to develop and deploy apps without any hassle. Simple automation, planning tools, management and straightforward UIs, fall under the ideal application building on a no-code development platform. With no-code platform, complex and enterprise level applications aren’t yet tested. One of the disadvantages that come with no-code is that the customization and integration of the platform within the legacy systems is not possible.

No-code platforms are built with a motive. It is to bring ease to those who cannot code manually but, in some aspects, have the technical knowledge. It is ideal for Startups that want to prototype new ideas but when it comes to large-scale applications, the developers soon start to face difficulties.

Comparison between the best.

At the end of the day, application development platforms fall under the user’s requirement bucket. Our enterprise development platform is for businesses who want to thrive and empower the market with unique ideas and impactful applications. The low-code platform is 5x faster in deploying your apps and getting your business’s competitive edge! Start a free trial to know more about our powerful yet simple platform.

We use cookies on our website to give you the most relevant experience by remembering your preferences and repeat visits. By clicking “Accept All”, you consent to the use of ALL the cookies. However, you may visit "Cookie Settings" to provide a controlled consent.
Cookie SettingsAccept All
Manage consent

This website uses cookies to improve your experience while you navigate through the website. Out of these, the cookies that are categorized as necessary are stored on your browser as they are essential for the working of basic functionalities of the website. We also use third-party cookies that help us analyze and understand how you use this website. These cookies will be stored in your browser only with your consent. You also have the option to opt-out of these cookies. But opting out of some of these cookies may affect your browsing experience.
Necessary Always Enabled
Necessary cookies are absolutely essential for the website to function properly. These cookies ensure basic functionalities and security features of the website, anonymously.
Functional
Functional cookies help to perform certain functionalities like sharing the content of the website on social media platforms, collect feedbacks, and other third-party features.
Performance
Performance cookies are used to understand and analyze the key performance indexes of the website which helps in delivering a better user experience for the visitors.
Analytics
Analytical cookies are used to understand how visitors interact with the website. These cookies help provide information on metrics the number of visitors, bounce rate, traffic source, etc.
Advertisement
Advertisement cookies are used to provide visitors with relevant ads and marketing campaigns. These cookies track visitors across websites and collect information to provide customized ads.
Others
Other uncategorized cookies are those that are being analyzed and have not been classified into a category as yet.
SAVE & ACCEPT
Connect with us
Contact Form
Contact Form
Contact Form
Contact Form
Contact Us